THE WORLD ON ONE CAMPUS

International Student Stories at the University of Denver

We, at DU International Admissions, are having so much fun interviewing and learning more about our community and we are glad you are able to join us! This week we want you to meet Débora Rocha, who is a sophomore studying Film Studies with a minor in Theater. Her dream is to make movies after she graduates from the Department of Media, Film & Journalism Studies at DU.

She was born in Rio de Janeiro but was raised in Brazil’s capital, Brasilia. Her parents always dreamed of studying and living abroad; however, they never had the opportunity. So, her parents passed that dream down to Debora and when it was time to choose where to go to college, she knew she wanted to study abroad. Débora studies film and believes the United States is one of the best places to do it. Debora has an aunt that lives very close to the DU campus, so her family was familiar with the community and especially enjoyed how safe it is. 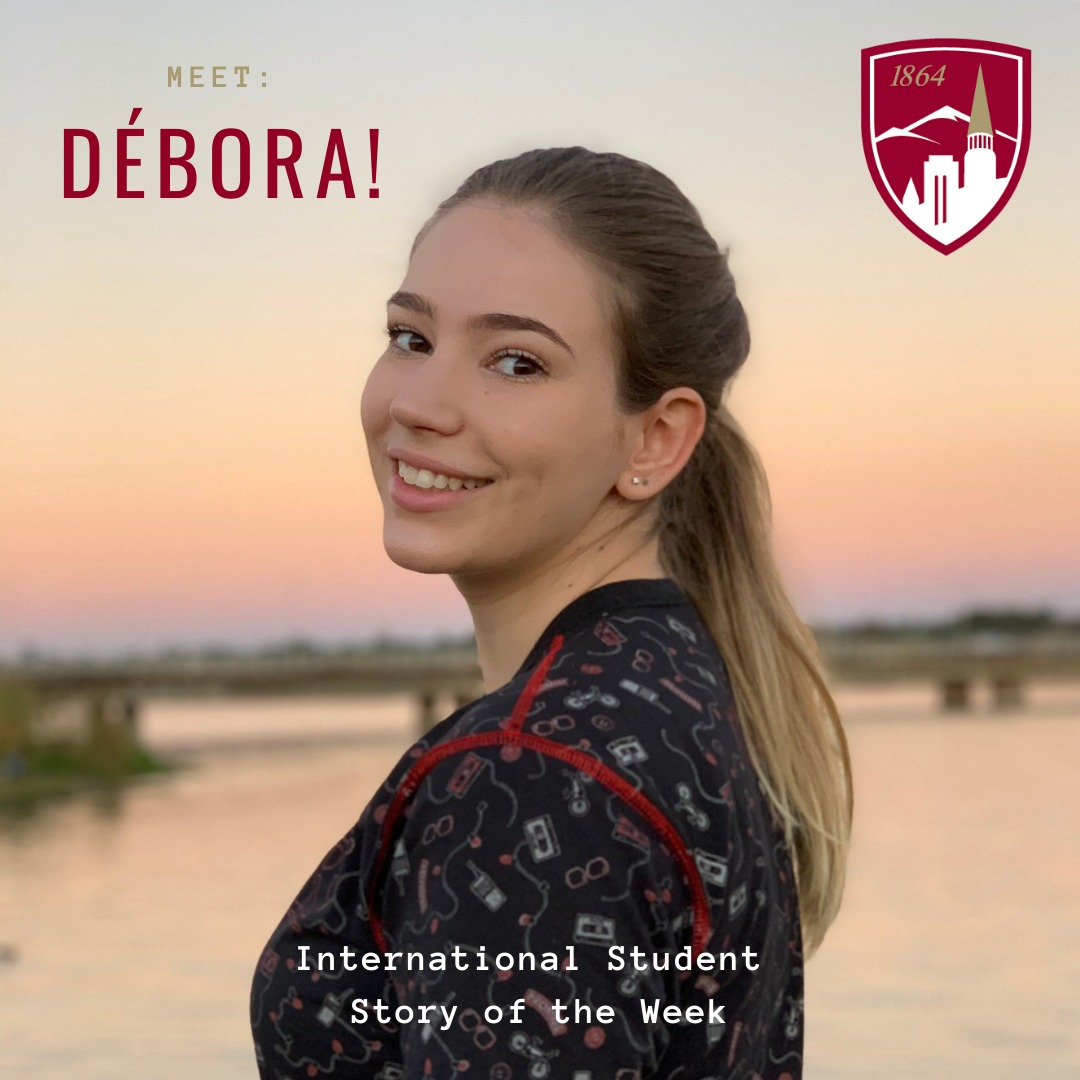 Debora is part of the Film Club and the vice-president of her sorority, Alpha Delta Chi. She shared that joining AΔX has been one of the best decisions she’s made. Being part of a sorority made her feel at home and part of a community. The prettiest place she’s been to in Denver is 16th Street and her favorite restaurant is Jerusalem. She is gluten-free and told us Jerusalem is the best tasting gluten-free place she’s been to.

The one thing she’s learned since moving to the US and adapting to a different culture is that people can have two homes. Even though she is a Brazilian living in America she feels her community here is her home as well. That is something many international students experience: the feeling of being at home in two different places.

The advice Débora would give to potential international students is to not assume you know everything about a culture. She believed she knew everything about American culture with what she learned from TV shows and movies. Now she realizes those weren’t the most reliable sources! She advises students to research the country they are moving to ahead of time, but also remember that experiencing a new culture is one of the best things in life.

This site uses Akismet to reduce spam. Learn how your comment data is processed.